The Western Ghats hosts a lot of serene beauty of Nature; as result it also has been the dwelling of many deities along its longer stretch, Marudhamalai, Vellingiri are quite popular. Another popular with a Sanctum abode is the Anuvavi Subramaniyar Temple. The pristine beauty of Nature really makes us worship it, in addition to the deity here. The prime deity here is Lord Subramaniyar (Lord Murugan) along with Lord Hanuman, Lord Ganesh, Lord Shiva, Idumban and the Navagrahas. The speciality about this temple is that it is very old and has a legend associated with it that dates back to the period of Ramayana. One more unique aspect of this temple is that one does not find Lord Hanuman in temples where Lord Murugan is a prime deity but Anuvavi has Lord Hanuman as one of the deities. There is a legend that explain why Hanuman is one of the deities in Anuvavi.

When Lord Hanuman was on his way back bringing the Sanjeevi Parvatham as instructed by Jamabavan to cure Lakshmana who fell unconscious in the battle. He felt very thirsty and could not find any water source nearby and that was when Lord Subramaniyar appeared and pierced the mountain with his weapon The Vel (spear) and a spring came gushing out with water that helped Lord Hanuman quench his thirst. After quenching His thirst, Lord Hanuman continued on his way to Srilanka and hence there arose a temple for Lord Murugan carrying the name of Lord Hanuman to remind of this legend. The spring that quenched Lord Hanuman's thirst still flows in hills and is being used by the people for drinking. The name Anuvavi in Tamil means Anu (Hanuman) + Vavi (Spring, Waterhole or Pond) and reminds us of the legend.

The temple is located 18 kms from Coimbatore city via Kanuvai en route to Anaikatti. A lot of buses ply to the temple foothills. The days in which the Krithigai star falls is auspicious and celebrated along with the other days that are auspicious for Lord Murugan.Here are a few photos of the beautiful temple. 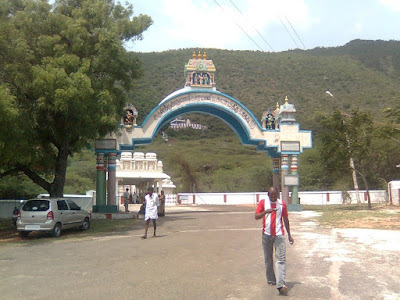 The entrance arch to the temple 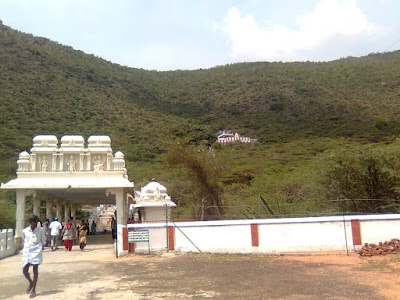 The mandapam of the the Lord Vinayaga Temple 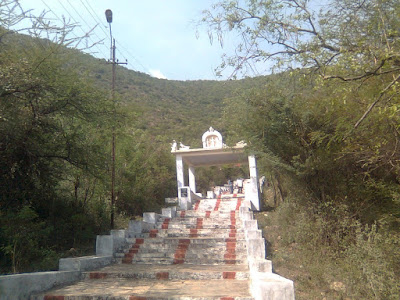 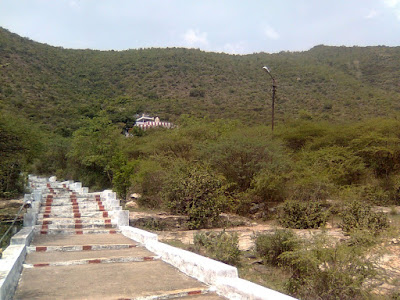 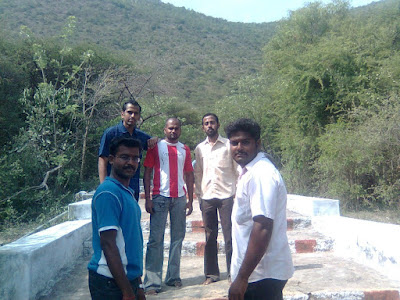 The guys who made it possible - Kannadhasan, Pradeep, Ravi, Suresh Raja, Sathiyaraj 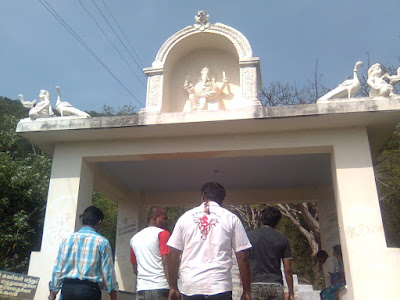 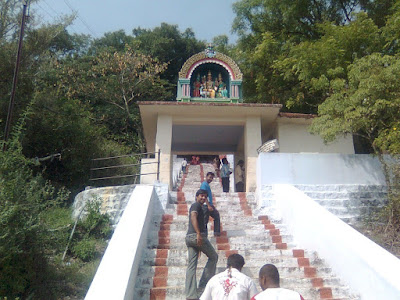 The mandapam near the Idumban Shrine 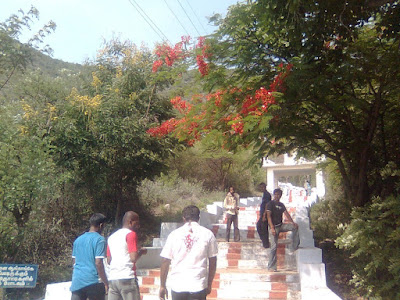 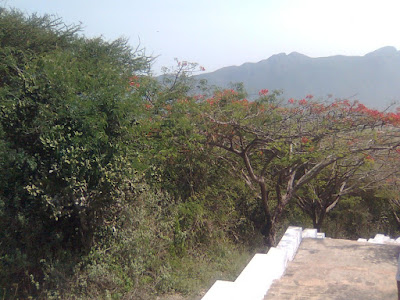 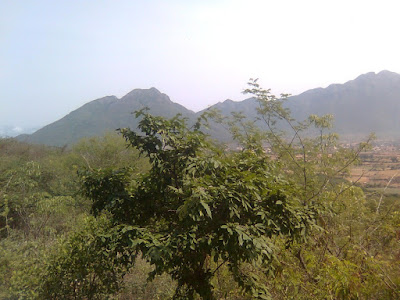 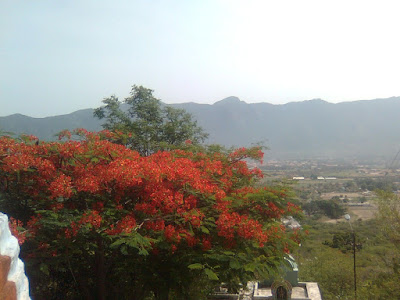 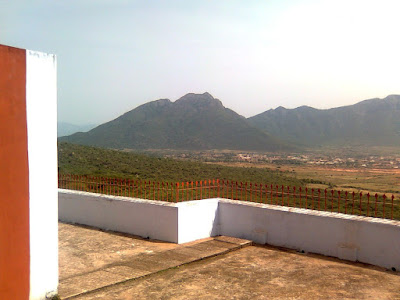 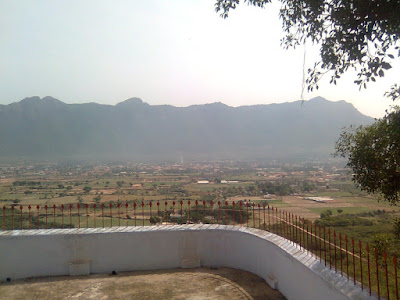 Another view of the western ghats from the top 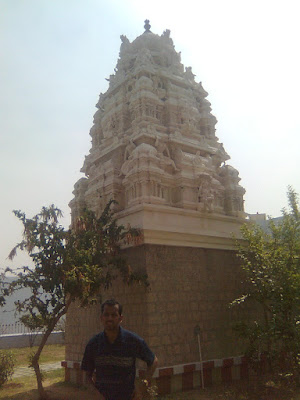 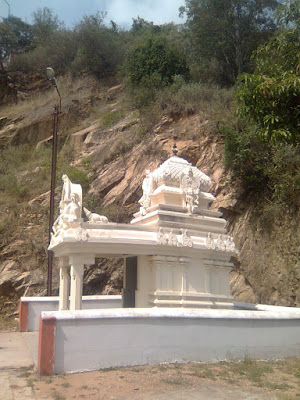 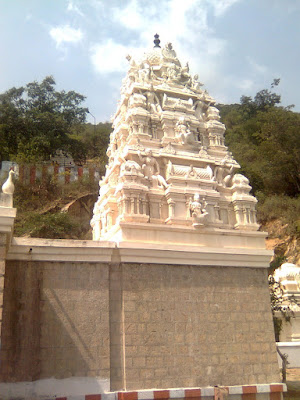 Another view of the main shrine 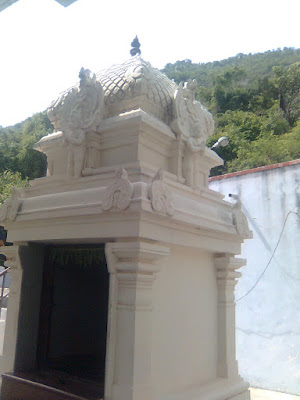 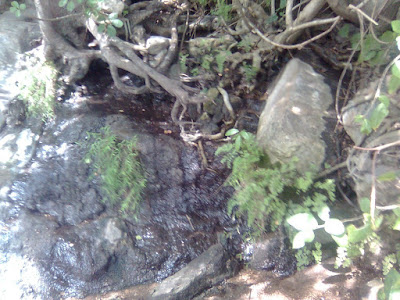 The Hanuman Theertham (the spring that quenched Hanuman's thirst) 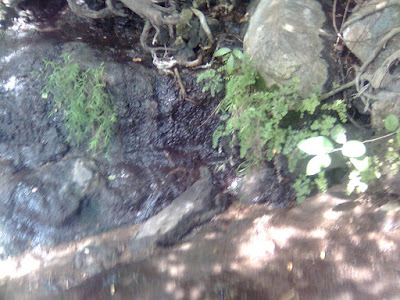 Another view of the Hanuman Theertham 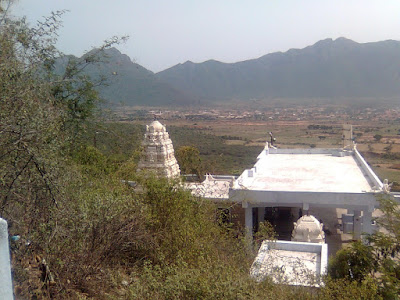 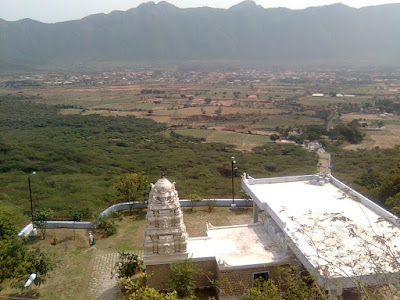 Another view from the top 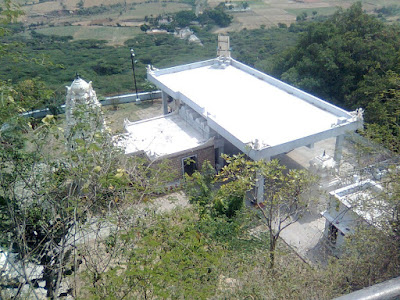 View from near the Lord Shiva Shrine 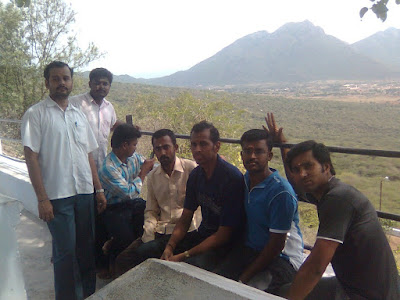 The zealous guys near the Lord Shiva Shrine 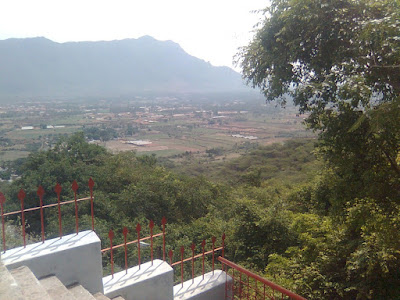 A few pictures of the natural beauty of the temple 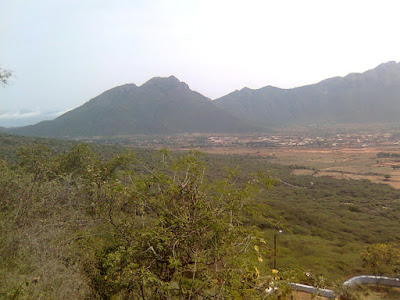 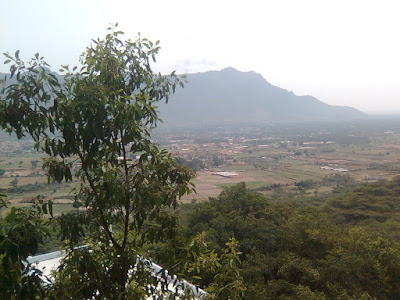 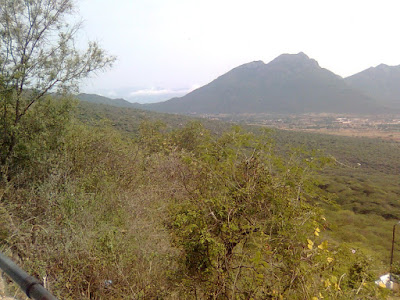 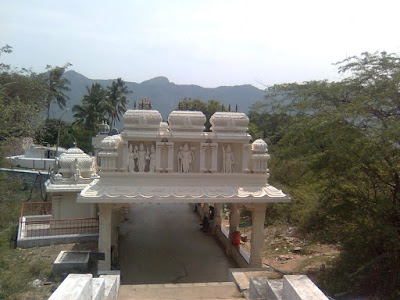 The mandapam before the Lord Vinayaga shrine during the descent

We have to climb around 500 steps to reach the main shrine. However, the effort rewards us not only with the blessings of Lord Subramaniyar, Lord Hanuman and the other deities but also the blessings of Mother Nature.

As usual, you guys are at your best,
Thanks for the great pictures!

I'm a Professor at Amrita University, Coimbatore. Would like to discuss some ideas / projects with you. Please give me your email, mail me at mpramodkumat at gmail.com

btw, as usual, sama coverage of the temple!!
priya

Am fine Priya, Thanks for coming back after a very long time.

hi prabhu, im a hardcore devotee of ANUVAAVI TEMPLE LORD MURUGAN kindly give your email id , because i prepared a VIDEO(ssthala valaralru ) about anuvaavi temple, soon plan to upload videos both youtube as well as in TV channels like SANKARA,TTD,JAYA TV. my email id : vasanthindia2020@gmail.com,vasanthindia2020@yahoo.com

i have upaloded ANUVAAVI LORD MURUGAN TEMPLE VIDEOS UNDER THIS YOUTUBE VIDEO LINK, PLS PASS AND POST THIS LINK TO ALL.
OM MURUGA

Thanks Vasanth for the video!

thank u frnd. i hve not visited this temple, after the view of pictures i am very eager to be there at soon.

Jai Hanuman. Hi Friends,
I think "HANUMAN JI" is most powerful god in universe.
I pray to "HANUMAN JI" for long and happy life of every good person in world.
Reading hanuman chalisa will give you Success.

If one recites hanuman chalisa at night, he/she is able to get the divine protection of Lord Hanuman and all his/her obstacles are removed.